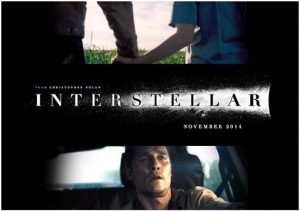 I didn’t like that the movie went from speculative hard science to fantasy.
Think about it. Cooper was floating in space, about to die. He was soon to become a ghost. Then he became the ghost from the beginning of the movie. Then his daughter built Ringworld. Then he saw his elderly daughter. Then he had closure with his other relationship.

So–this was all a man’s dying dream. All of the satisfaction of the library books’ ghost, and seeing his daughter, and everything–was all not real. A person can have a flashback of good memories at the end of a film, but to make the end of a film, tying up all the plot points, be a -dream-? Seriously? No thanks. Not satisfying.

Also, on a spiritual level, after seeing all of these incredible things–Saturn, stars, wormholes, etc.–and the entire thing is all to the glory of -Man-?

Man’s mind and technology was the ultimate source of everything from the “aliens” who were calling them to the starship, to the dream Ringworld?

No. The film would have been elevated by reference to God, the creator of heaven and earth.

The whole scope of the film closed in at that point. It was all about Man. If it had been about God and His glory, the film would have opened up…